The Supremes At Earl's All-You-Can-Eat

Do you have a question for Edward Kelsey Moore?  Click here to write and ask him now!

This FAQ page contains questions which readers asked about Edward's debut novel, The Supremes at Earl's All-You-Can-Eat.
Is your last name Kelsey-Moore or Moore?  I'm not s﻿﻿ure where to put your book
on my shelf!

EKM:  Put me with the M-s, my family name is Moore.  Kelsey is my middle name.
When will your new novel be published?

EKM:  My second book, The Supremes Sing the Happy Heartache Blues,
was published a few years ago.

Will Hollywood make a movie from The Supremes At Earl's ALL-YOU-CAN-EAT?

The film rights for the book have been optioned, in association with Searchlight Pictures.  This is the first, big step. There are many pieces of the production package which will need to come together before the studio can begin filming, and it may be many months before there is Supremes At Earl's movie news from Searchlight Pictures, but progress is being made!

Author Edward Kelsey Moore had this to say: I'm thrilled that Searchlight has optioned the film rights for The Supremes At Earl's ALL-YOU-CAN-EAT.  Readers have been incredibly kind and I'm overjoyed that their enthusiasm has resulted in the book finding a home at Searchlight.  I know that the Supremes movie will be in great hands there. 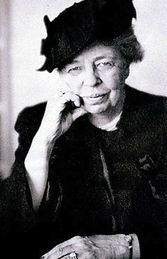 Many readers have asked me why I chose to have the ghost of Eleanor Roosevelt appear
as a character in THE SUPREMES AT EARL’S ALL-YOU-CAN-EAT.  At readings, I’m asked about her more often than any character other than Odette, the central character of the book.  Early readers in Germany found her so interesting that the German translation of the novel was released with the title MRS. ROOSEVELT UND DAS WUNDER VON EARL’S DINER (Mrs. Roosevelt and the Miracle of Earl's Diner).  The primary reason I included Eleanor Roosevelt as the companion of Dora, Odette’s mother, is that I truly revere her.  She was an astonishing and inspirational woman who spent a lifetime speaking out for human rights and extending a hand to poor and oppressed people, both inside the United States and around the world.  And she devoted herself to these important and noble
causes at a time when doing so was not just unpopular, but dangerous.

But anyone who has read THE SUPREMES AT EARL’S ALL-YOU-CAN-EAT knows that the noble humanitarian I admire is not the same Eleanor Roosevelt who appears in the novel.  The character in THE SUPREMES is a ghostly troublemaker.  She drinks to excess.  She loves bawdy stories.  She climbs trees.  My fictional Eleanor Roosevelt came about because I love the idea that, perhaps, when you are one of the major forces for positive change during your century, your reward might be to spend eternity doing any little thing that strikes you as fun.

Why Eleanor Roosevelt?  Because I wrote a novel about friendship that proposes that dead people are enjoying
the afterlife, unseen, here beside us.  And because I believe if any spirit deserves the pleasures of an afterlife of unbridled good times and wildness if she chooses, it’s Mrs. Roosevelt.    --Edward Kelsey Moore

Courage is more exhilarating than fear and in the long run it is easier. We do not have to become heroes overnight. Just a step at a time, meeting each thing that comes up, seeing it is not as dreadful as it appeared, discovering we have the strength to stare it down.   Eleanor Roosevelt, YOU LEARN BY LIVING

No one can make you feel inferior without your consent.
Eleanor Roosevelt, THIS IS MY STORY

The important thing is neither your nationality nor the religion you professed, but how your faith translated itself in your life.    Eleanor Roosevelt, "My Day," September 16, 1943
Why do the international editions of The Supremes At Earl's have different book titles?

EKM:  Apparently ALL-YOU-CAN-EAT diners are virtually non-existent outside of the U.S., so the title has been changed for each foreign publisher.

Visit the international editions page to learn which book title was used in each country -- and to see the interesting variations in book cover art.  Click here!
With all the things you are doing, are you also working on another Supremes novel?

EKM:  I am currently writing a book with completely new characters.  I do have ideas for a future Plainview Supremes novel.

What was the motivation to write your debut novel?

Photo © Michael Lionstar
“The Supremes At Earl’s All-You-Can-Eat is rooted in the fond memories I have of a childhood spent eavesdropping on the women of my family as they talked at family gatherings. Even when I was too young to fully understand the often very adult subject matter of their conversations, I was amazed that the aunts and cousins who had the hardest and saddest lives were often the funniest people at the table. As I get older, it seems that I meet these same women again everywhere I travel, except now they have different skin-colors, religions and accents. My intention in writing The Supremes At Earl’s ALL-YOU-CAN-EAT was to celebrate the joy of true friendship and to invite readers to remember the smart, funny and strong women in their lives.” —Edward Kelsey Moore
Back to the top ^^